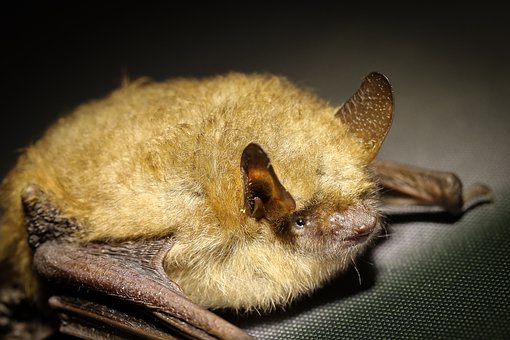 Pips in the park

Are there pips in the park…in the dark? As you may already know, pip is short for Pipstrelle, the most common kind of bat species in the UK, whose names range from Alcathoe to Whiskered. (1) Catherine describes how pips have been seen in the past and looks forward to seeing them again.

Bats currently have some bad press, but bats are vital to the environment. Bats themselves are not responsible for the current simultaneously deeply tragic and enduringly inconvenient pandemic. There is strong evidence that the roots of this pandemic stem from people encroaching on biodiverse habitats and harvesting wild animals for food, food which is taken to densely populated cities where they are put in highly unhygienic markets, stacked in cages where excreta cascade down; they are packed in with other creatures that they might not normally encounter.

Because of their unique physiology – they are the only flying mammal – bats can live with many viruses without becoming ill. If these viruses are transmitted to other species and cause disease (zoonosis) due to human interference, chaos and misery can result. The risk of future pandemics could be reduced by outlawing “wet markets” and ending the illegal trading of wildlife, keeping in mind that wet markets may also be the result having no means of refrigeration. (2) (3)

Back to park bats

2018 saw a lovely, long hot summer. Evenings in the park were very beautiful, with dawdling walkers, exuberant dogs, dwindling twitter from the trees. Then, every so often, there seemed to be a flittering, a ragged silhouette, a sense of something whirling past, as if tugged and jerked on some invisible string. Then the little creature would seem to glide, perhaps gobbling insects, before jinking crazily on, out of the trees of the park and over the roofs of Buckingham Road, disappearing into the descending dark. Folklore says they prefer ash trees, or what John Clare called “old, huge, ash dotterel” (4)

If there are bats around the park, there may well also be a bat roost somewhere, where a dense crowd of sooty bodies wait out the colder days, breathing very slowly and living off body fat. They could be in disused buildings, old sheds, even stone crevices; they have even been known to roost in inhabited houses, where they have to be removed by specialists operating under licence, as all bat species, their breeding sites and resting places are fully protected by law.

If we have bats in the Heatons, we must treasure them. Pipistrelles are not specifically endangered, but many of the other types of the seventeen species of bats which breed in the UK are.

One other issue thrown up by prowling about looking for bats in the dark/park is the issue of light. Street lighting costs us a lot in electricity and uses a lot of energy; it also obscures the night sky and the lovely stars. On some nights during the summer the only constellation which could be reliably identified was Orion, which is very bright and has a very distinct pattern, with his shoulders and his belt which comprises three bright stars in a short, straight row. (And Orion’s stars have such lovely names……: Betelgeuse, Rigel, Alnilam, Bellatrix, Saiph, Sigma).

An alarming research finding is that, whilst this light pollution is very bad for people, it is even worse for animals. Light influences animal behaviour in many subtle and significant ways, for both the crepuscular and fully nocturnal animals. It can influence predator/prey interactions, orientation, migration. Whole ecosystems could be affected. One only has to think of the moth approaching an artificial light and hence becoming an easy meal for a bat. As our light become more energy-efficient, the effect of this on the animal kingdom is not yet known. However, cities can hardly change to low-lighting to help animals without compromising human safety and security. But the plant and animal population of an ecologically sustainable city is very important. As ever, more research is needed.(5)

On hot nights people in the park meet and drink, a favourite spot being the wooden bench by the Elms Road gate. Whilst carousing, they can observe late night joggers and fitness fanatics, one or two exhausted souls taking a short cut home after a night out, one person at least who likes to walk his dog in the small hours. They will also, if they are very lucky, catch a glimpse of the fleet-footed run of the beautiful foxes who come up from the railway, about their secretive and fascinating nocturnal business.

It is an interesting fact that the park is in almost constant use, from the inscrutable man who comes to pray to the rising sun at dawn, to the dog-walkers, the mid-morning runners, the mums with prams in the afternoons, the frisbee-throwers, the tense enthusiasts with drones, the lively packs going home from school, right through to the night-time denizens. In “The Death and Life of Great American Cities”, which challenges the tenets of orthodox urbanism, Jane Jacobs writes enthusiastically about parks; she felt that they were desirable successes “because of functional physical diversity among adjacent uses, and hence diversity among users and their schedules.” (6)

Jacob’s tenets of good park design describe our park surprisingly well – a variety of uses/users, centring (I.e. a main crossroads or pausing point), access to sunlight, and the presence of buildings/diversity of surroundings. She argues Jacobs argue that that “liveliness and variety attract more liveliness; deadness and monotony repel life.” By this measure, the park is a vibrant, living asset, intensifying and reflecting the area’s complexity and richness. And it has foxes, and bats!

Images: public domain, Pixabay and others from Google Images free to use or share