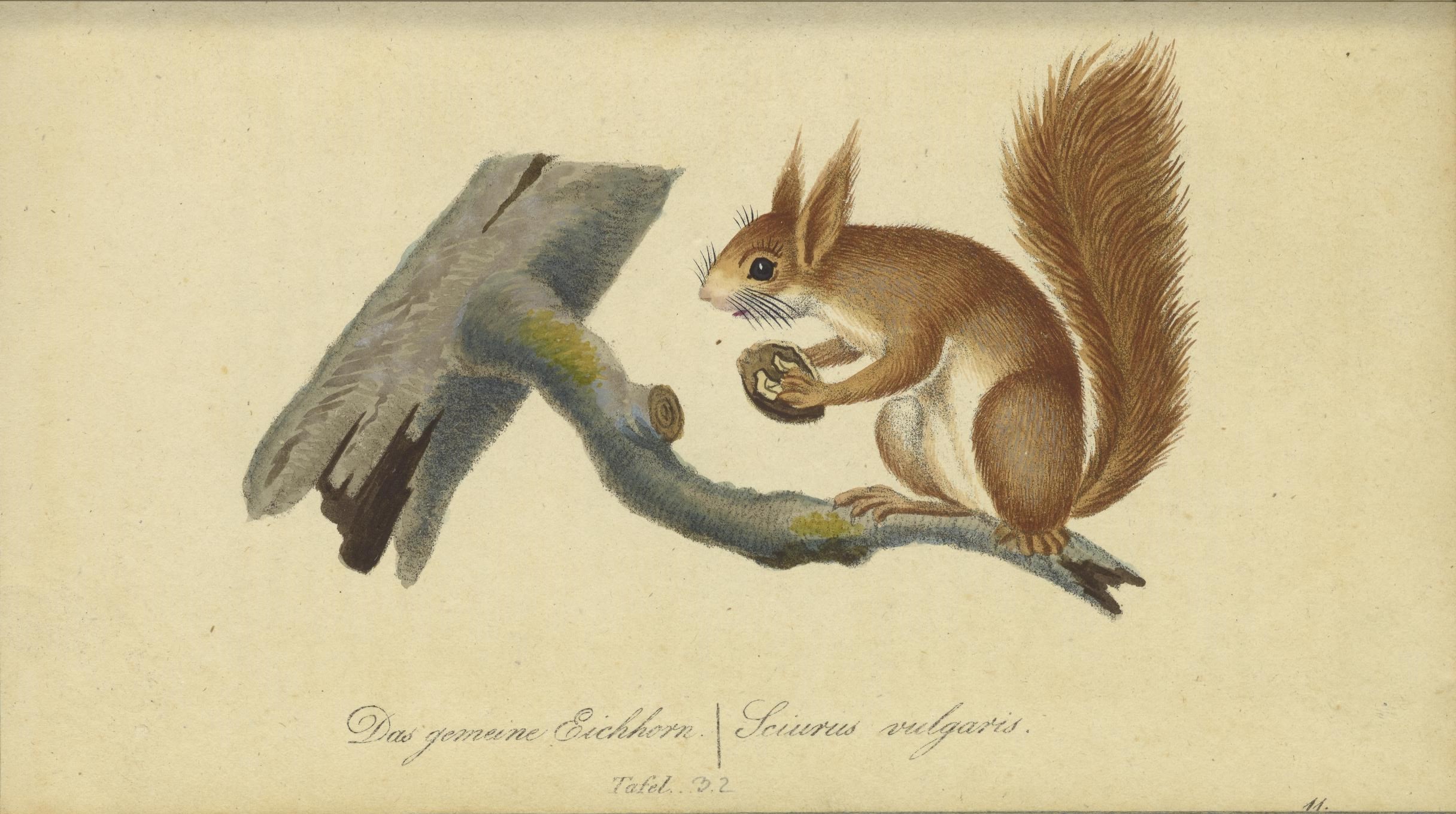 Squirrels in the Park

“Some of my feathered and four footed friends,”
“Bobby Bushtail was a squirrel,
And a naughty rascal too.
He was sometimes so untidy,
Mother didn’t know what to do…
On the stool he’d stand and wriggle
When she tried to brush his tail,
And if she combed, a little crossly,
He would even start to wail…”

Grey squirrels (North American Eastern grey squirrels or Sciurus carolinensis) can be seen daily in the park – busy, chattering, running, leaping through the trees, sweet, cuddly, cute, chatterers. Actually, twenty years ago, grey squirrels were much more abundant in the park.  Their numbers have declined overall, but they are still so numerous nationally that their status was “not assessed” in the last Mammal Society Red List.

In contrast, the red squirrel (Sciurus vulgaris) is not seen in our park. As a species, it is classed as “endangered” in the UK. However, the IUCN Redlist indicates that red squirrels are not endangered globally.

Grey squirrels carry a bum rap.  Viewed as invasive, destructive, and described as “tree rats” or “vermin,” they are regularly persecuted all over the country.

The grey squirrel were introduced to the country in the 1870s as an exotic and pretty addition to country estates. Other introduced, now naturalised mammals, such as the brown hare and the dormouse, do not attract this level of opprobrium.

Grey squirrels are regularly blamed for the decline of the red squirrels: scoffing down available food earlier in the season and spreading squirrel pox.  Squirrel pox is undeniably a horrible disease: it results in painful scabs and ulcers, and is usually fatal.   No vaccine has been developed, despite some research.

Grey squirrels have built up immunity to squirrel pox but can still spread it. and red squirrels, who lack this immunity, succumb quickly.

The greys also stand accused of damaging tree bark.  Such is their bad reputation that a law was passed in 1937, prohibiting any further importation.

For years, the grey squirrel has been regarded as a “pest” and there have been many attempts to reduce its numbers, in the hope that the reds will recolonise the areas involved.

Keep in mind that before – and during – the time the greys were introduced, the reds were accused of the very same depredation. They damaged trees! They were pests!

In fact, in 1903, the Highland Squirrel Club in Scotland was established to control Red Squirrels, and over 82,000 Red Squirrels were killed in the 20 years up to 1933.  By the end of the 1970s, they were hunted to near extinction, with an unknown number – perhaps hundreds of thousand – killed.

Add in the problems of urbanisation and loss of woodland and red squirrels declined dramatically.  So the greys could spread easily, as the reds were largely gone and nature abhors a vacuum.

Working on the return of the Red Squirrel is the UK-wide partnership of 39 conservation and forestry organisations, Government agencies and companies, with links to voluntary red squirrel conservation groups.

Its aim is to secure and expand UK red squirrel populations beyond current thresholds; there are many local and regional groups trying to reduce the grey squirrel population, in the hope that the reds will come, with a hop, skip and a jump.   An unknown number of greys are killed each year, and an unknown number of their kits consequently starve to death in their dreys.

A recent project in Merseyside, Reclaiming Reds, has attracted much controversy.  Reclaiming Reds aims to start a long-term process of bringing back red squirrels (Sciurus vulgaris) to the Knowsley Estate and surrounding areas.  They aim to recruit volunteers to kill greys in the area between Knowsley and the established red colony in Formby, in the expectation that the reds will move into Knowsley.  Note: to do so these reds will need to hop (skip and jump?) over or around a motorway and a grouse moor.

It would be undeniably lovely and nostalgic to look into the park and see red squirrels, but there is a cost.  How many greys would have to be killed, and killed annually, for this result?  How much poisoning, trapping, bludgeoning, shooting?

To its credit, the UK Squirrel Accord is trying to develop fertility control for greys, which would be a much less lethal measure.

A report by Prof Stephen Harris and others in 2006 concluded that killing greys to save reds is neither viable nor economic.   Another possible method of conservation of the red is the encouragement of the pine marten – in areas where they thrive, greys seem to decline.  But at the moment, there are substantial efforts to kill greys.

Would you be prepared to have a trap in your garden, and, if it caught a grey squirrel, to bludgeon it to death or shoot it?  Do we have to kill to conserve, in perpetuity?  Please join this debate…

This website uses cookies to improve your experience while you navigate through the website. Out of these, the cookies that are categorized as necessary are stored on your browser as they are essential for the working of basic functionalities of the website. We also use third-party cookies that help us analyze and understand how you use this website. These cookies will be stored in your browser only with your consent. You also have the option to opt-out of these cookies. But opting out of some of these cookies may affect your browsing experience.
Necessary Always Enabled
Necessary cookies are absolutely essential for the website to function properly. This category only includes cookies that ensures basic functionalities and security features of the website. These cookies do not store any personal information.
Non-necessary
Any cookies that may not be particularly necessary for the website to function and is used specifically to collect user personal data via analytics, ads, other embedded contents are termed as non-necessary cookies. It is mandatory to procure user consent prior to running these cookies on your website.
SAVE & ACCEPT
X