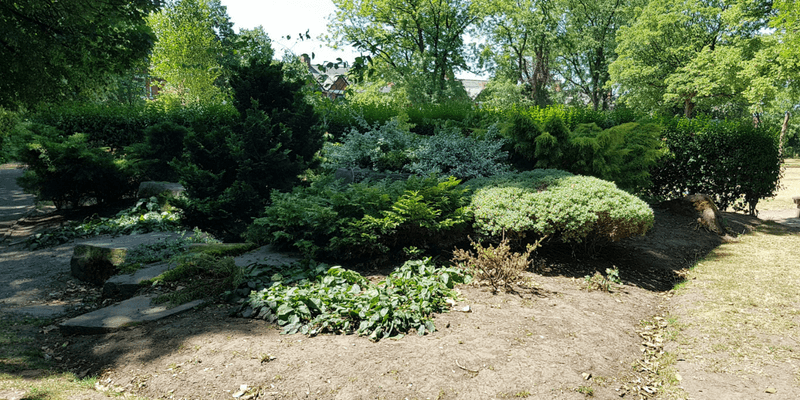 Plants: looking but not seeing

‘I am obviously much in love with plants, and above all trees, and always have been, and I find human maltreatment of them as hard to bear as some find ill treatment of animals……’

One of the glories of the park is the variety and quality of the plants in it. They are so colourful and uplifting. And essential – the lavender and other flowers are swarm with bees, hoverflies, wasps, creatures needed to pollinate and support all life by tapping the sun’s energy. A great many medicines are derived from plants. Even the weeds which sprout so defiantly along the railings are interesting and often very pretty.

If only one knew more about them, and their complex Latin nomenclature – there’s an app, for that. Several apps, in fact, to help one identify flowers such as Plantsnap, Flowerchecker, Leafsnap or Naturegate.

Oddly though, formal study of plants is seemingly of fashion.

If one goes to the UCAS website and searches for ‘botany’, the result will be – zero. There do not seem to be any botany degree courses left in the UK. ‘Plant science’, yes, ‘Plant biology’, ‘Conservation biology’, ‘Horticulture with Plantsmanship’ etc. are available at many institutions.but BSc. Botany seems to have gone. It disappeared from A Level courses some time ago. Perhaps there is not enough money in botany…especially now that money is now made of plastic.

In the early 19th century, botany was regarded as a seemly subject for young women, and not seen as a masculine pursuit. But things changed and in 1887 the journal Science published an article entitled: ‘Is Botany a Suitable Study for Young Men?’ It concluded that botany was indeed appropriate for those men who were ‘able-bodied and vigorous brained.’

Despite these accolades, botanists have been generally not treated very well in our popular culture; portrayed as timid and bookish, with long hair and beards, they are often are cast and bumbling and ineffective. For example, the central figure in the cult and generally ill-reviewed film, ‘Snow Creature 1954,’ was sent on a specimen-gathering expedition to the Himalayas. Totally neglecting the rich range of botanical specimens, he instead captured a yeti and took the creature proudly back to the Foundation which had funded him. Following on as usual in these scripts, the yeti, a remarkable discovery, is shot dead.

Fast forward to 2018: Given the importance of food security and biodiversity issues to our society at the present time, the decline of the botanist is puzzling.

In the meantime – perhaps with inexorable logic – the phenomenon of ‘plant blindness’ is on the rise. The term was first discussed in the 2001 Plant Science Bulletin by Wandersee and Schussler; they described it as:

Let’s face it – at school, we learn much more about animals than plants. Who can’t recognize the mammal in the photo? But how about the aquatic plants? Can you distinguish your xylem from your phloem? What is the difference between thorns, spines and prickles? Grasses, rushes and sedges? Regular v. autoflowering seeds? What are the stem and leaf collectively referred to as? Who brought the potato from South American – was it Drake or Raleigh?

We agonise over the possible extinction of fauna, but little about the disappearance of plants; animal conservation itself is rather selective, with more effort expended on those creatures which exhibit human characteristics (e.g. grief, memory), or which are large and spectacular, than others. This anthropomorphism is difficult to extend to plants, which don’t have expressive faces and don’t move about, although some would argue that flowers can look quite enticing.

CITES (the Convention on International Trade in Endangered Species of Wild Fauna and Flora) recognizes nearly 6 times as many plants (30,000 v. 5000) as requiring a certificate for international trade or their wholesale ban on trade. Yet international reporting, and subsequent outrage, on illegal wildlife trafficking is more likely to focus on charismatic endangered species such as rhinos, elephants or pangolin.

All life depends on plants. The park is a witness to this; silently, unobtrusively, it helps us to value plants. The trees, shrubs and flowers in the park provide so much pleasure, shade, beauty; they cool the area, no matter how hot it might seem. They stabilise the soil and protect against flooding. In our intense urban environment, they are vital to human wellbeing.

Next time our professional gardener and horticultural guru Peter (funded entirely only by Friends of Heaton Moor Park is planting something, I must ask him what it is. And try to remember its name…